A rules-lite, word ad-libbing, Western roleplaying game for up to 5 players, packed into a zine!

What is Dump Quest?
Dump Quest is a single session tabletop roleplaying game with simple rules. The zine contains a series of escalating encounters through which a Game Master will guide their players. However, key elements of these encounters are not set in stone! Players provide nouns, adjectives, scary monsters, and even more chaotic elements for their GM to incorporate into the story. The party never knows how these words will be used until the impact of their decisions is read back to them creating a one-of-a-kind, wild adventure for every play-through.

The second issue of Dump Quest launches the game into a brand new setting and theme!

Characters
Players select one of the provided character sheets, giving them a unique class to play as. Each has a list of special, single-use abilities. However, these abilities have missing words. Players request words from their teammates to finalize their abilities, without knowing exactly how they will be used. This puts everyone on the same page, having to stretch their brains in order to make use of the absurdity they’ve given their party to work with.

The Adventure
Each page of the adventure provides the Game Master with the essential information to run the encounter. 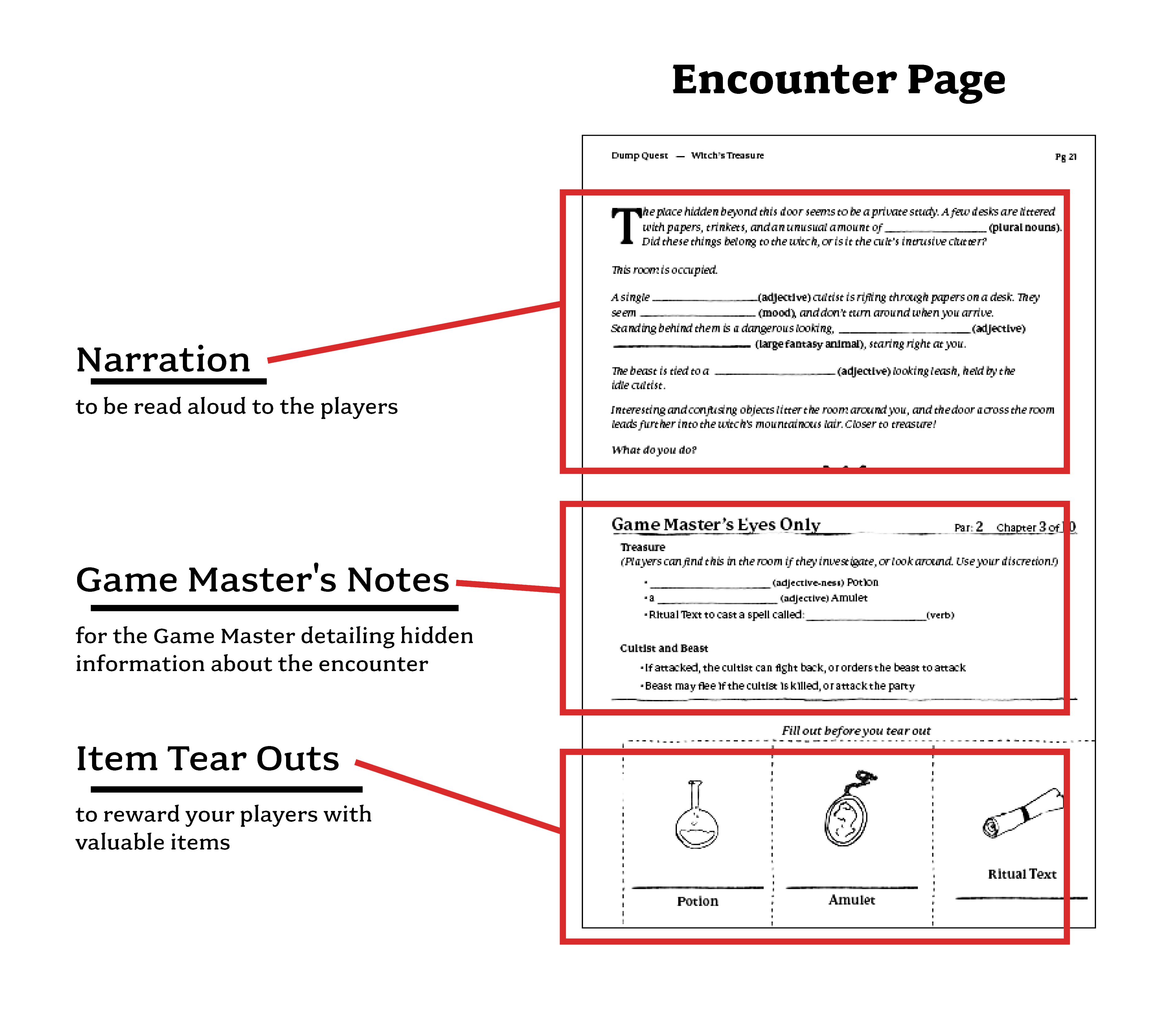 At the start of each encounter, players provide the Game Master with words to fill in the blanks on the page. The provided words will modify enemies, items, environments, NPCs, and more. But be careful! Your words might create a sleeping rattlesnake but it could just as well be a flying rattlesnake.

Players must progress through each encounter using their character’s special ad-libbed actions. Dump Quest does not use dice. Instead, players simply describe how their action is used in order to succeed. However, the Game Master is free to impose any consequences they desire based on how well (or poorly) the player describes the action used.This is your chance to make your friends be creative… or else!

Dump Quest intends, by design, to create absurd, yet whimsical, roleplaying situations. Your party’s Outlaw might end up using aThorny Lasso to rope in a Slithering Ghost Minotaur at the last minute, keeping it from destroying your crates full of Circus Peanuts. Embrace the absurdity! Just make sure that Outlaw gives a good explanation as to how they used the lasso on such a Slithery creature.

Throughout the game, you’ll write all over pages, add your own art, and tear items out of the zine as your group dredges this story out of a word salad and into a glorious reality.

What Kind of Game is D.U.M.P. Quest?
Dump Quest is an ultralight, one-shot, roleplaying game. An ultralight is a game that doesn't require preparation before play. The Game Master and players can show up, quickly create characters, and immediately start playing. The game is also a one-shot. This means that it will only take one session of play to complete, lasting 2-4 hours on average.

In order to download this TTRPG Zine you must purchase it at or above the minimum price of $5 USD. You will get access to the following files: 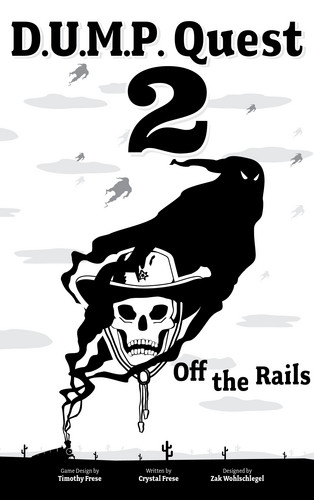 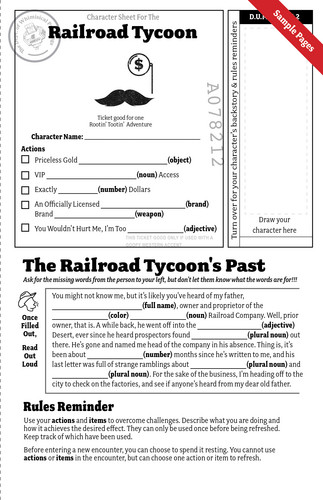 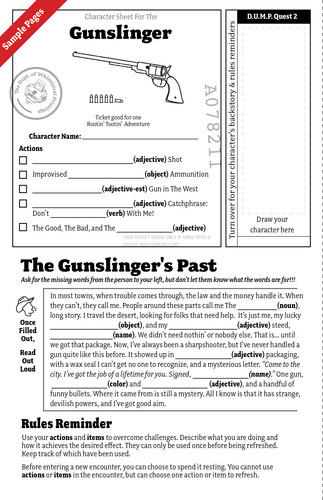 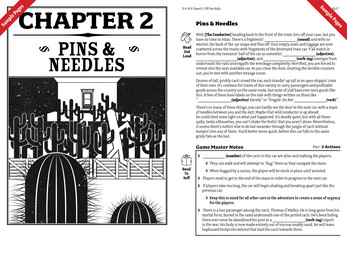